Indigenous Peoples Day is a time to celebrate and learn about the history and culture of indigenous peoples around the world. This holiday provides a significant opportunity to reflect on indigenous communities’ contributions and recognize the ongoing struggle for justice and equality.

Here are some powerful quotes about Indigenous Peoples Day that will inspire you to celebrate this special day!

WHEN IS INDIGENOUS PEOPLES DAY 2022?

Indigenous Peoples Day is celebrated in the United States on the second Monday in October, The day honors and recognizes the indigenous peoples of the Americas, who have long been marginalized and oppressed. It is a time for everyone to reflect on these peoples’ histories and cultures and commit to working towards a more equitable future.

I support the indigenous people anywhere in the planet.” » Edward James Olmos

The forest is not a resource for us, it is life itself. It is the only place for us to live.” » Evaristo Nugkuag Ikanan

Yet there are thousands of Indigenous people searching for family members.” » Malcolm Fraser

I think the relationship of indigenous people to their environment… that those were ethical omnivores.” » James Cromwell

We are all indigenous people on this planet, and we have to reorganize to get along.” » Rebecca Adamson Ibtimes.com

What we do to our native Australians, our own indigenous people, is nothing short of horrific.

We will be known forever by the tracks we leave.” – Dakota Wisdom

All men were made by the same Great Spirit Chief. They are all brothers.” – White Elk

The Earth is the mother of all people, and all people should have equal rights upon it.” – White Elk

I will never give up my land.” – Maxima Acuna

We are the resistance of our people and territory – For there is no planet B.” – Erik Marky 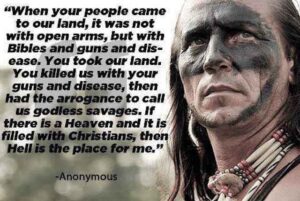 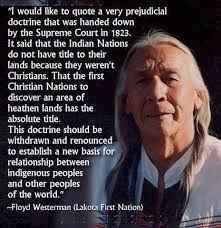 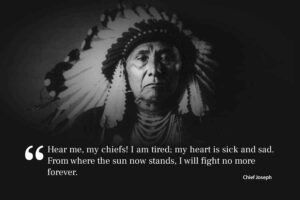 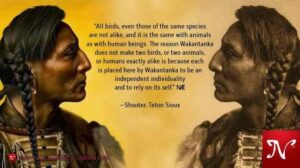